Silicon Carbide (SiC) power devices deliver faster switching and improved thermal performance compared to silicon IGBTs and MOSFETs. Accurate visibility into SiC switching signals is key to making the right design decisions. Increasing design margins and overdesigning will only drive costs up and bring performance down. Using the right measurement techniques can make all the difference. This application note will answer many of the questions that a power system designer must consider as they shift to SiC. 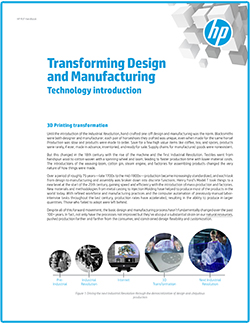 Until the introduction of the Industrial Revolution, hand-crafted one-off design and manufacturing was the norm. Blacksmiths were both designer and manufacturer; each pair of horseshoes they crafted was unique, even when made for the same horse! Production was slow and products were made to order. Save for a few high value items like coffee, tea, and spices, products were rarely, if ever, made in advance, inventoried, and ready for sale. Supply chains for manufactured goods were nonexistent.

But this changed in the 18th century with the rise of the machine and the first Industrial Revolution. Textiles went from handspun wool to cotton woven with a spinning wheel and loom, leading to faster production time with lower material costs. The introductions of the weaving loom, cotton gin, steam engine, and factories for assembling products changed the very nature of how things were made.

Over a period of roughly 75 years—late 1700s to the mid-1800s—production became increasingly standardized, and each task from design to manufacturing and assembly was broken down into discrete functions. Henry Ford’s Model T took things to a new level at the start of the 20th century, gaining speed and efficiency with the introduction of mass production and factories. New materials and methodologies from metal casting to Injection Molding have helped to produce most of the products in the world today. With refined workforce and manufacturing practices and the computer automation of previously manual labor-intensive tasks throughout the last century, production rates have accelerated, resulting in the ability to produce in larger quantities. Those who failed to adopt were left behind.

Despite all of this forward movement, the basic design and manufacturing process hasn’t fundamentally changed over the past 100+ years. In fact, not only have the processes not improved but they’ve also put a substantial strain on our natural resources, pushed production farther and farther from the consumer, and constrained design flexibility and customization. This whitepaper provides  an overview of ball screw assemblies and the factors that motion system designers must consider to ensure optimal application performance.

Download the white paper from Thomson to learn more… Seb’Automatisme specializes in the manufacturing of special and modular machines, robotics integration, 3D printing, machinery tooling, and mechanical and electrical engineering. Seb’Automatisme strives to stay ahead of the competition by supporting customers with innovative solutions and new technologies, such as the latest 3D printing technology. HP Multi Jet Fusion technology allows Seb’Automatisme the design freedom to print with better accuracy, at faster speeds, and in full color. Internet of Things (IoT) devices and apps provide users with improved access to and control of their digital life. With so much useful data at industrial manufacturing sites, site operators can also benefit from remote visibility into equipment status and alarms. The key is slowly introducing Industrial IoT features by taking small steps to realize big value. HMI performance advances with the rising rate of digital transformation, especially in Industrial Automation and Building Automation applications. With the HMI advancement, there is a demand for higher performance, higher reliability and long-term software support on embedded controllers. The RZ/G2 microprocessors (MPU) consisting Cortex-A57 (1.5GHz) and Cortex-A53 (1.2GHz) based on ARMv8A architecture deliver high performance and support high-speed protocols. The embedded Error Correcting Code (ECC) function reduces soft errors in memory interfaces and keep system reliability high. Also, Renesas provides an industrial Linux software package including a kernel that will be maintained for more than 10 years to ensure users have a long-term software support. To further advance the HMI performance, users are able to integrate AI functions easily, by testing seven AI platforms directly with the RZ/G2 MPU. The RZ/G2 partners deliver readily available boards to reduce development hurdles, and enable users to jump-start their development. Learn more about the details in this white paper. The local oscillator directly impacts the quality of the recovered clock and time in SyncE and PTP applications. The performance of these critical oscillators is typically measured under ideal operating conditions. However, network equipment can be exposed to harsh conditions when installed in outdoor boxes.

Read about oscillator test data measured under real-world conditions and learn about MEMS Super-TCXOs®, engineered to operate under environmental stressors. When designing electronic systems, it is very easy to forget about real-world limitations and effects that would not otherwise affect a circuit. For example, a circuit that works in theory (i.e., mathematically) may not work in reality due to inherent resistance in components, capacitance from PCB traces, and interference from the environment.

The high adaptability of Fujipoly’s thermal materials allows this unique line of silicone-based
products to be used across multiple applications with multiple advantages, while their malleability and ease of use allows for them to be applied to products in automated systems. Heat, humidity, dust and vibration can wreak havoc on an otherwise great product design. When designing a system that will be used in harsh environments, it is critical to understand the common issues and how to address them. Design Considerations for Systems in Harsh Environments reviews how different harsh conditions impact device performance, commonly overlooked areas of concern, and reliable solutions.